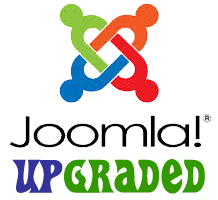 Joomla 2.5.28 was released just before Christmas 2014, and the couple of sites we had left on this "old" Joomla! platform was updated accordingly within a couple of days of this release.

This release also marked the end of Joomla 2.5, as this was the final scheduled release for the series. "End of support" refers to when Joomla! no longer provides bug fixes, features, or security updates for a release.